Fever to the Form.

By playing on the form and size of stairs in some of Australia’s grandest homes, architects like Martin Friedrich are redefining the way Australians think about stairs. 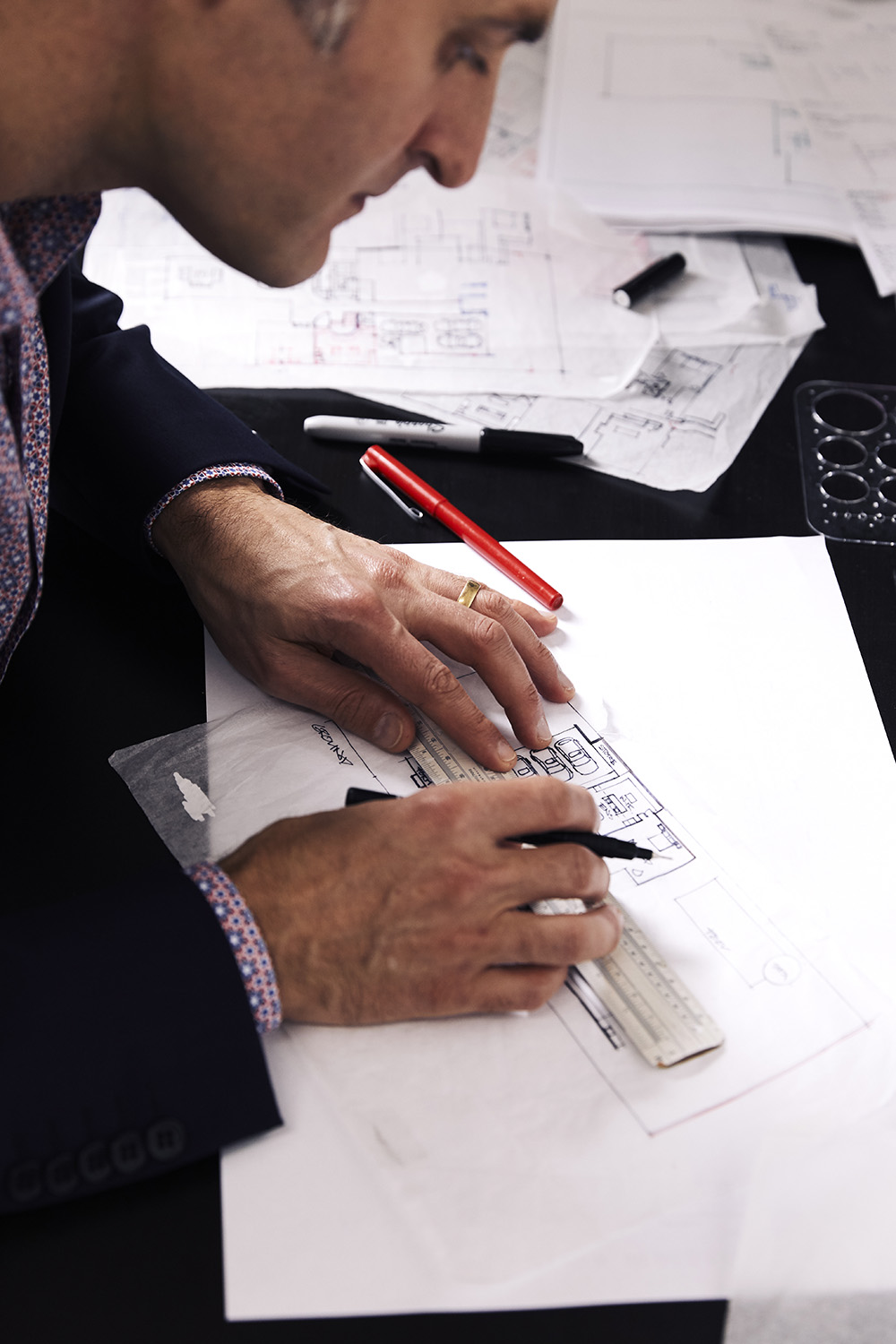 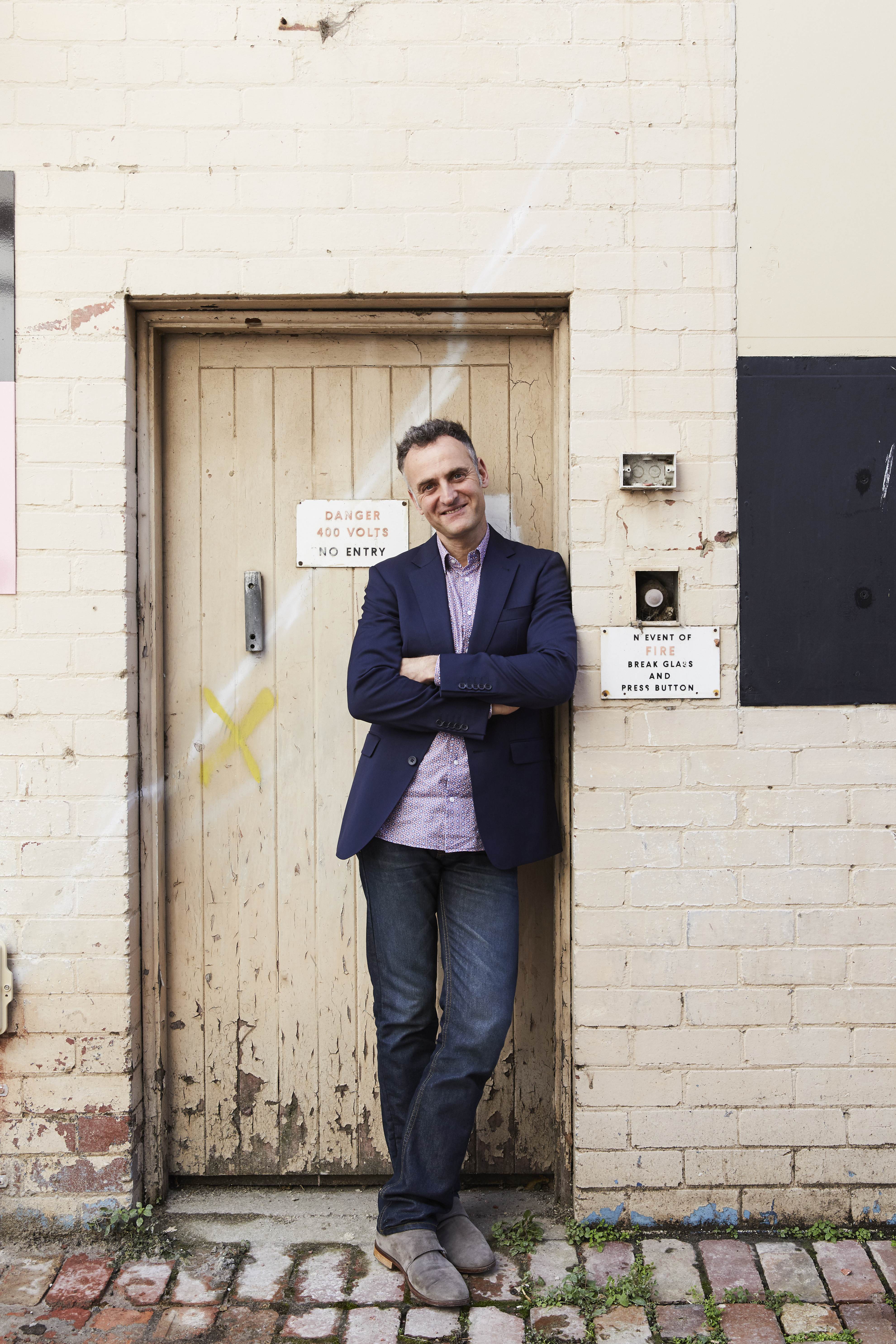 Line, shape, space, value, form, texture, and color. These are the building blocks we have at our disposal to change the way people feel at home every day. Make no mistake – the crackle of a fire in the living room or the rough-sawn texture of cedar lining boards can change the way you feel, especially when we’re in these spaces every day.

Over the past five years, in no small part thanks to architects like Melbourne-based Martin Friedrich, S&A has brought the perfect line of a continuous handrail running gracefully down a curved stair back into vogue. If you’ve ever lived with one of these stairs, the sense of touch and feel and craft of an S&A ribbon stair is enough to make your day.

Established ten years ago, Martin Friedrich Architects have been creating buildings that are monumental, yet refined sculptures. We sat down with Martin and Claire, Martin’s wife and general manager of the practice, to discuss how architecture pays homage to the very foundations of balance and minimalism.

Martin Friedrich had been immersed in a world of design and architecture early in his life. “When I was seven years old, my father would give me $2 to move a pile of dirt on a site. That kept on going into my teenage years…During school holidays, if I didn’t have a job, my father would organise work for me on a building site… and I learnt a hell of a lot.”

Yet, the decision to follow the path towards architecture and design was entirely his. “I used to ride my BMX bike up and down the beach in Brighton,” Martin says. “There was an apartment block that had references to the Chrysler Building in New York, and I used to love this building… it was on a laneway, which had a really good BMX jump”. Not only was this house the backdrop to a location that holds some of Martin’s fondest memories, but it was next to a house that had been built by architect Nic Bochsler. You can tell this house resonated deeply with Martin, and perhaps his subconscious when he designs homes “It was really spectacular…It’s as relevant and as much of a statement today as it was 30 years ago,” Martin says as he recalls the building’s “strong forms, use of glass, and voluminous spaces.”

An appreciation for art and linear forms and structures lead Martin Friedrich to S&A Stairs, who’ve designed and installed stairs in Martin’s homes for ten years. “Growing up, stairs were often hidden in homes and forgotten about. But not many people consider that they’re pretty much the central feature… it’s like the backbone of the house. They’re the central axis point, which is why so many of our buildings have these extraordinary curved staircases, because they act like a sculpture,” Martin says. “No matter which way you look at them, you’ll find a sense of beauty in [its] flowing form”. An essential ingredient to Martin’s designs: functionality, form, and flow.

Martin’s exposure to the world of design began with his mother and father, one a well respected interior designer, another one of Melbourne’s leading architects: Jon Friedrich. “Every house we lived in was a showroom,” Martin says. “I learnt about form and balance… it was part of everything in life. My father’s office was at home for a while so I was always immersed in that world.” When the time came, Martin was determined to pave his own path, distinguishing himself away from his father’s legacy by drawing inspiration from the arts and mid-century architecture. His influences draw back to early modernist and references to art deco design.

“When I was 18, I lived overseas in Israel, Egypt and Jordan, which was a truly inspiring historical trip,” Martin says. “In my early twenties, we [my family] went on a research trip to Miami for three weeks, where we studied the local architecture. That had a big impact, I was inspired by art deco...and the ‘case study houses’ from the post WW2 era, particularly an architect called Schindler, who created strong linear forms and lines...It really cemented my vision,” Martin says.

When looking at a Martin Friedrich Architects designed home or building, there’s a distinct shape and element of form present throughout the design. There’s a grand sense of space present when observing both the interior and exterior of each home. “We set out a goal at an early stage that we wanted to do high-end residential projects,” Martin says.

Martin’s ‘big break’ arose in the form of a townhouse project, which he, Claire, and their two children lived in. “They were a statement, as they broke new ground in how two townhouses could work,” Martin says. “They showed that you didn’t need a huge site space, and you could have a comfortable full-sized house over three levels.” The total area of the site was just over 700m2, but the use of space and the overall structural design paved a path for Martin Friedrich architects, erasing apprehension on any potential limitations of design. 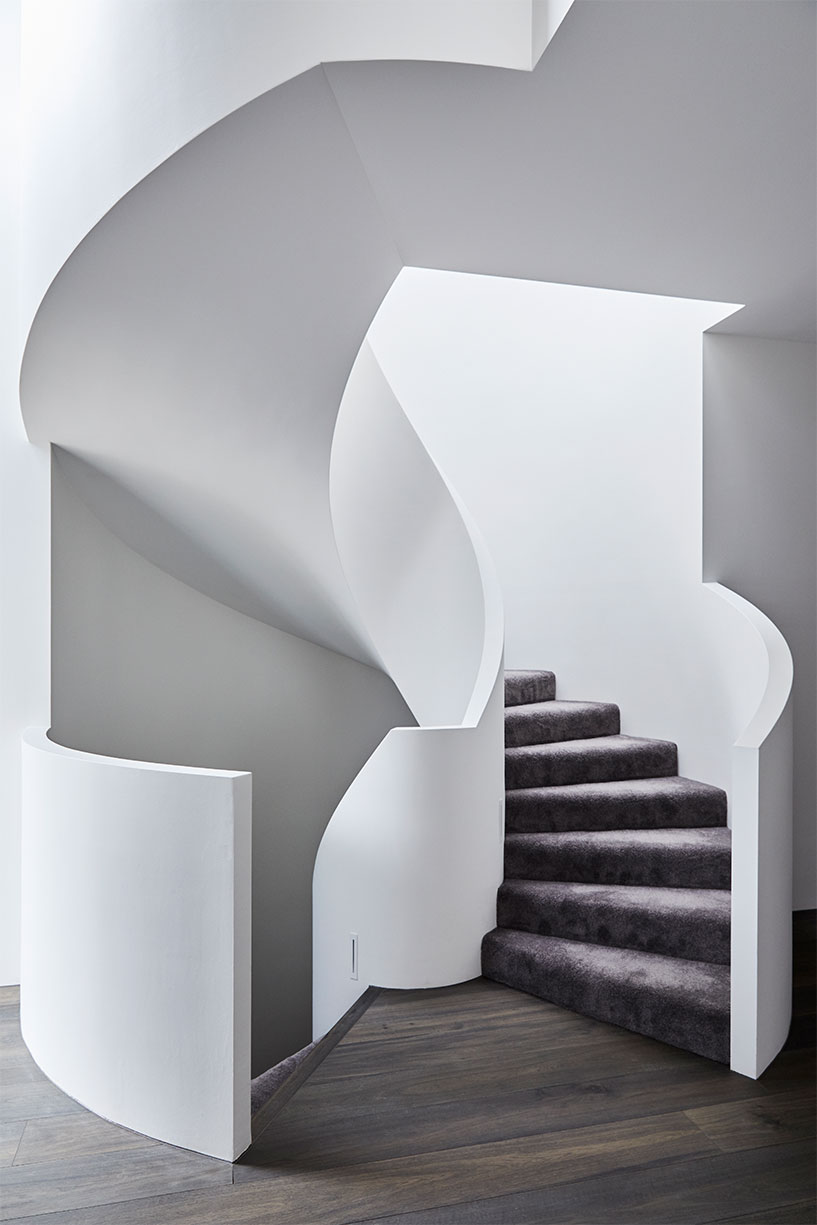 When observing one of Martin’s designs, there’s an extraordinary balance between structure, form, and size. Their homes are grand, almost monumental – large two or three-storey buildings that appear sculptural amongst residential streets across Melbourne. In particular, bayside Brighton – the town that Martin grew up in – is home to numerous Martin Friedrich Architects designs. “We think the outdoor lifestyle in Brighton is reflected externally and internally in our designs,” Martin says. You can see Martin’s sub-conscious coming into force throughout the design phase, as he manipulates plaster and light to create bold dynamics with references to that of mid-century design. The choice to use plaster stems from Melbourne architect Tom Covak, “he came and did a lecture at my Uni,” Martin says. “He worked out how to manipulate plaster into beautiful shapes, and that’s when I realised it was such an incredible material – to get our clean and refined lines, this is what we needed.”

Both the interior and exterior of each project is integrated – “we love grand spaces, voids, and a very strong sense of volume.” His designs are ‘minimalist’ in the foundations, yet staggering in the sheer complexity and size of each structure. Minimalist almost seems like an oxymoron when discussing one of Martin’s homes. But as Martin says, “to do a clean, minimalist building with very few materials is a very complex thing, you have to make it work beautifully.” Each design is contemporary yet timeless: a bold design that’s functional, showcasing his attention to detail and the beauty of each design.

Each element is carefully considered. In particular, the use of natural and man-made light fixtures, which Martin recognises to be an essential ingredient within his homes. “Light creates this amazing sense of volume, which we try to achieve wherever we can,” Martin says. Alongside light and form, there’s a focus on considered artwork and furniture, too. Artwork by Kerry Armstrong, Melma Hamersfeld, and Sarah Crowest adorn the walls of numerous Martin Friedrich homes, injecting a pop of colour and complimenting the minimalist designs.

Martin and his team work closely with clients throughout the entire build process. From design, build, and bespoke interior design – they see through each element in order to ensure a sense of balance and functionality is present in the final product.

Today, Martin’s practice has built extraordinary homes, which have won numerous accolades and graced the covers of Australian and international design magazines. “We started with a small office, and now there’s 14 staff of architects and interior designers.” Martin says. “Each project is built with passion and dedication, as this is what makes the best designs. It’s visible when you see it.” Martin Friedrich architects have built homes throughout Melbourne, with their largest project unfolding in Kew. As for the future? “We’ll continue building these very grand single houses, townhouses and apartments and will forever seek to refine our design.”